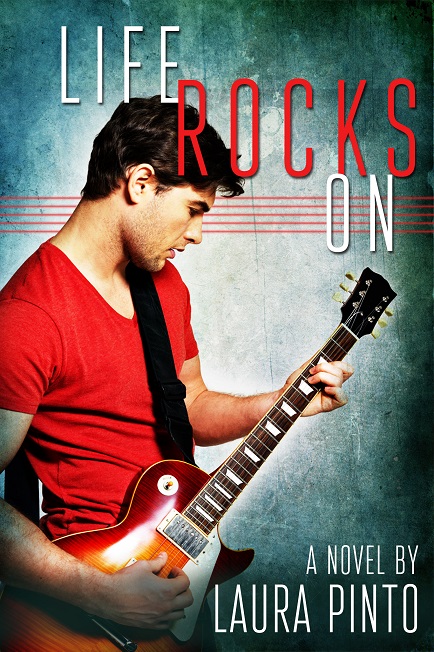 Take four great-looking, talented performers and one gorgeous, brutally ambitious entertainment magazine editor; mix with childhood poverty, dysfunctional families, abusive lovers, a sociopathic impresario, and a cruelly vengeful spouse; season with money, playthings, sex and drugs; heat to boiling, stirring constantly; serve hot. That’s the recipe for a wild, multicolored, and alternately joyous and heart-wrenching trip through the ’60s and ’70s and beyond, with rock & roll providing the background music. Which of these young men and women will survive the journey? Fasten your seat belt and hang on; this promises to be a bumpy ride!

Three men. Two women. New York City in the 1960s, a place and time when rock & roll music ruled the airwaves and the souls of teenagers forging rebellious paths diverging from those of their conformist parents. Life Rocks On begins in 1980, by which time the lives of all five of the principal players have gone through major upheaval. As one awakens screaming from a regularly-occurring nightmare spawned by a traumatic event, another ponders the future from a private room in the mental ward of a hospital in northern New Jersey while a third ponders a move back to the United States after more than a decade and a half of exile in a foreign country. The scene then shifts to Manhattan in 1964, on the eve of The Beatles’ first appearance on the Ed Sullivan Show and the profound effect this has on two ambitious twenty-four-year-olds, famous performers themselves. From here, the story progresses more or less chronologically, with events spotlighted both in “real time” and through flashbacks. The five young people each climb the dazzling ladder of show-business success step by painful step, facing (sometimes horrific) challenges along the way. Having finally made it to the top, they carelessly enjoy the view and savor the rarefied air until, in turn, they are wrenched from those lofty perches by the unforgiving winds of change. All live through ecstatic highs and devastating lows, violently hit rock bottom, and ultimately exchange old dreams for new ones while being dragged kicking and screaming into a new world now that the one that nourished their youthful ambitions of fame and fortune no longer exists. Along the way, there’s plenty of sex, drugs, and rock & roll to keep their hearts, minds and bodies occupied and to make the journey awesome. …

Life Rocks On is a no-holds-barred look into the lives of five young people coming into their own during the turbulent ’60s and ’70s—young people who are seeking happiness and success in the fishbowl of fame, clawing their way to the summit (sometimes ruthlessly) and, through it all, facing not only the challenges unique to their line of work but also the same ones that all inhabitants of Planet Earth face on a daily basis. They escape from dysfunctional households, contend with people in power, deal with the disappointment of rejection and unrequited love, suffer abuse from those who are supposed to have only their best interests at heart, battle illnesses and addiction, and lose friends and family members. Yet the human spirit keeps them going, keeps them wishing and hoping and dreaming, and those who survive to greet the new millennium come together at the end of the story for a celebration of music and life and love. Written from the heart, Life Rocks On is a novel whose title says it all: Regardless of what else happens along the way, the world keeps on spinning and the people keep on living, laughing, thriving, loving, weeping, partying, breathing … and being. And through it all, if we can spread happiness with smiles, kind words, or music and art, it makes life that much more worthwhile and beautiful.